What are automation triggers

Automation triggers are the first step in automation. So what are they, exactly?

(Please note: This blog is an excerpted version of our guide. Get the full guide, “The Beginner’s Guide to Automation Triggers: The First Step in Automation” here.)

Taking a step back, automation itself the use of equipment, processes, or systems to perform tasks that might otherwise have been attempted manually. But with modern-day software automation, entire organizations are taking advantage of application programming interfaces (APIs) and serverless computing to innovate their processes and rapidly grow their businesses.

In practice, automation of this sort uses software to perform time-sensitive business tasks, which would either take too long or are simply too big or data-intensive to handle manually in any reasonable period of time, on your behalf.

Automation of this sort typically requires integrations - connections between the major software components of your technology stack that enable them to talk to each other and share important data, such as lead lists and customer invoices.

Modern automation is usually a function of API integrations, which take place at the software API layer - a layer that acts as a shipping container, standardized to deliver software. (Learn more about API integrations in our guide, What Is an API Integration?)

Automated processes and their benefits

Automation adds efficiency and speed to processes in marketing, sales, support, finance, and many other disciplines. They excel at handling big tasks that require flowing significant amounts of data from one place to another - processes that would be unreasonable to attempt manually, and would introduce tons of human error.

Time-sensitive, data-heavy processes that require flawless accuracy are exactly the kind of business processes that should be automated by software. (Learn more about business use cases for automation in The Beginner’s Guide to General Automation Platforms.) 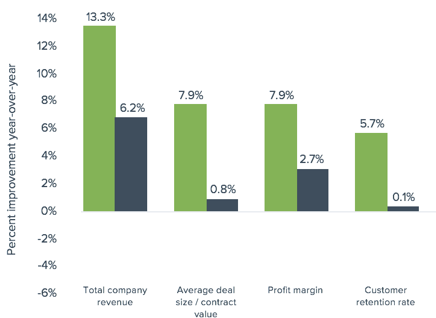 OK. So what’s an “automated workflow”?

So why are automation triggers important? What should you look for?

Automation triggers are important because they act as the stimulus-response step to begin your automated workflows.

To make sure you get the most from your automation, you need automation triggers that are:

What kind of automation triggers are there? And how can you master them?

Below is a list of automation triggers for you to familiarize yourself with. Get a full briefing on each trigger, plus sample use cases and sample automated workflows, in The Beginner’s Guide to Automation Triggers.

You should now have an idea of what automation triggers are and how they work.

To take an in-depth look at each style of automation trigger, with full use case lists and example automated workflows, get the full, non-excerpted guide, “The Beginner’s Guide to Automation Triggers: The First Step in Business Automation,” here.

Learn how to use automation triggers by joining our weekly group demo.